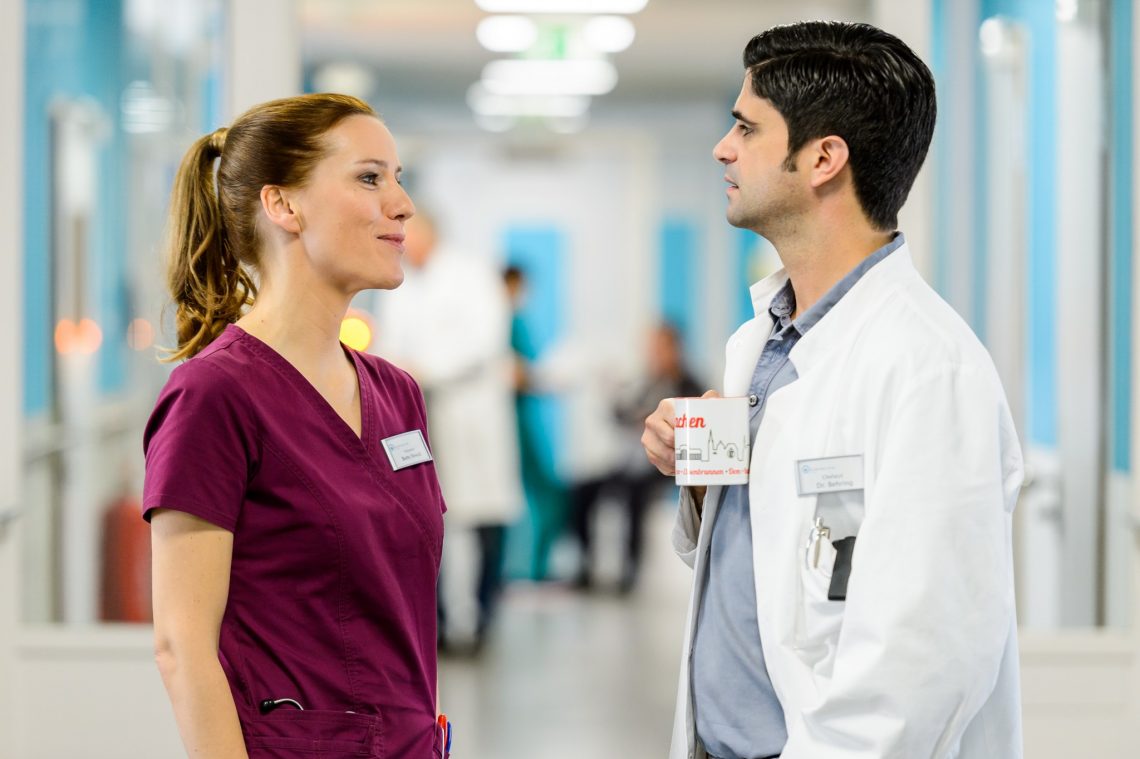 On Betty’s ward there is a permanent state of emergency. There, lives take a new direction. Not only those of the patients, but also those of Nurse Betty and her colleagues. And in the new episodes, too, Betty and Dr. Behring exchange a few blows.

For Dr. Helena von Arnstett (Claudia Hiersche), filling the position of head physician is the top priority. Lizzy (Theresa Underberg) tries to get over her separation from Prof. Wehmann. It helps her that Dr. Mira Köttner (Lore Richter), an old friend, comes to the ward. Talula (Carolin Walter), on the other hand, has to deal with Dr. Lewandowski (Eric Klotzsch), who is now the ward physician. In addition, the entire staff is kept on their toes by the cost-cutting plans of the new administrative director, Jan Petersen (Matthias Ziesing). And Betty? With her very own charm, she makes sure that humanity doesn’t fall by the wayside amid all the hustle and bustle.

“Betty’s Diagnosis” is realized by Network Movie, Cologne. The producer is Wolfgang Cimera. Bastian Wagner and Heike Lagé are the ZDF editors.