With Lars Eidinger, Devid Striesow and Luise Heyer, this gripping political drama has a top-class cast. Touching and oppressive at the same time, director Franziska Stünkel, who also wrote the screenplay, tells a piece of GDR history and impressively illuminates how political systems and human trust relate to each other.

Young Franz Walter (LARS EIDINGER) has just graduated from Humboldt University when he receives an attractive offer from the GDR’s foreign intelligence service. Dazzled by the many benefits the new job brings, Franz accepts the offer. Together with his girlfriend Corina (LUISE HEYER), he initially enjoys his new life. In his superior Dirk (DEVID STRIESOW) Franz finds a mentor who is well-disposed towards him and who supports him in word and deed during their joint foreign missions in the FRG. At first, Franz’s missions seem to merely serve the GDR’s information needs, but these soon grow larger and more monstrous. When Franz suddenly has to resort to means he can no longer reconcile with his conscience in his work assignments, he decides to quit – but the secret service won’t let him go. Soon Franz is ready to cross all boundaries – and risk everything. Franz’s fight for survival against a merciless system begins.

With NAHSCHUSS, filmmaker and photo artist Franziska Stünkel (“Vineta”) succeeds in making a haunting film about the death penalty in the GDR. Based on the life of Dr. Werner Teske, who in 1981 was the last person in the GDR to be sentenced to death and executed, she uses outstanding images to tell the disturbing story of a man who gets caught up in the mills of a system of injustice and breaks as a result. Shot largely on original locations, Stünkel’s staging is bold and radical: through great silence, she creates an intensity and emotional density that takes your breath away. In this, the depth and complexity in the strong acting of Lars Eidinger (“Alle Anderen,” “Persischstunden”) is matched in no small measure by the nuanced and convincing portrayals of Luise Heyer (“Das schönste Paar”) and Devid Striesow (“Ich bin dann mal weg,” “Yella”). The film succeeds in shedding light on an important piece of German history that is little known nationally or internationally.

NAHSCHUSS is a production of Network Movie Film- und Fernsehproduktion Cologne in cooperation with Franks Filmproduktion and C-Films Germany in co-production with ZDF and Arte. The film is distributed by Alamode Film and world sales are handled by Global Screen. ZDF is edited by Daniel Blum, for ARTE by Olaf Grunert.
NAHSCHUSS was supported by the Film- und Medienstiftung NRW, Nordmedia Film- und Mediengesellschaft Niedersachsen/Bremen, Filmförderung Hamburg Schleswig-Holstein, the Federal Government Commissioner for Culture and the Media (BKM) and the German Federal Film Fund (DFFF). 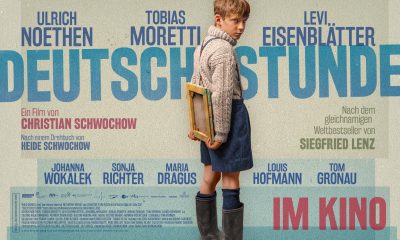 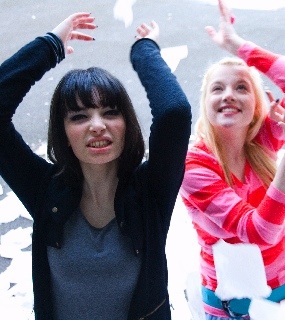 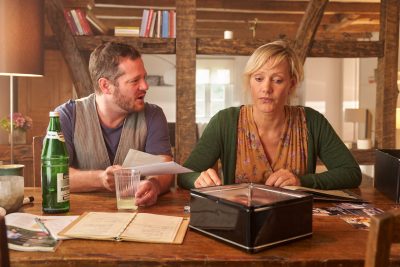