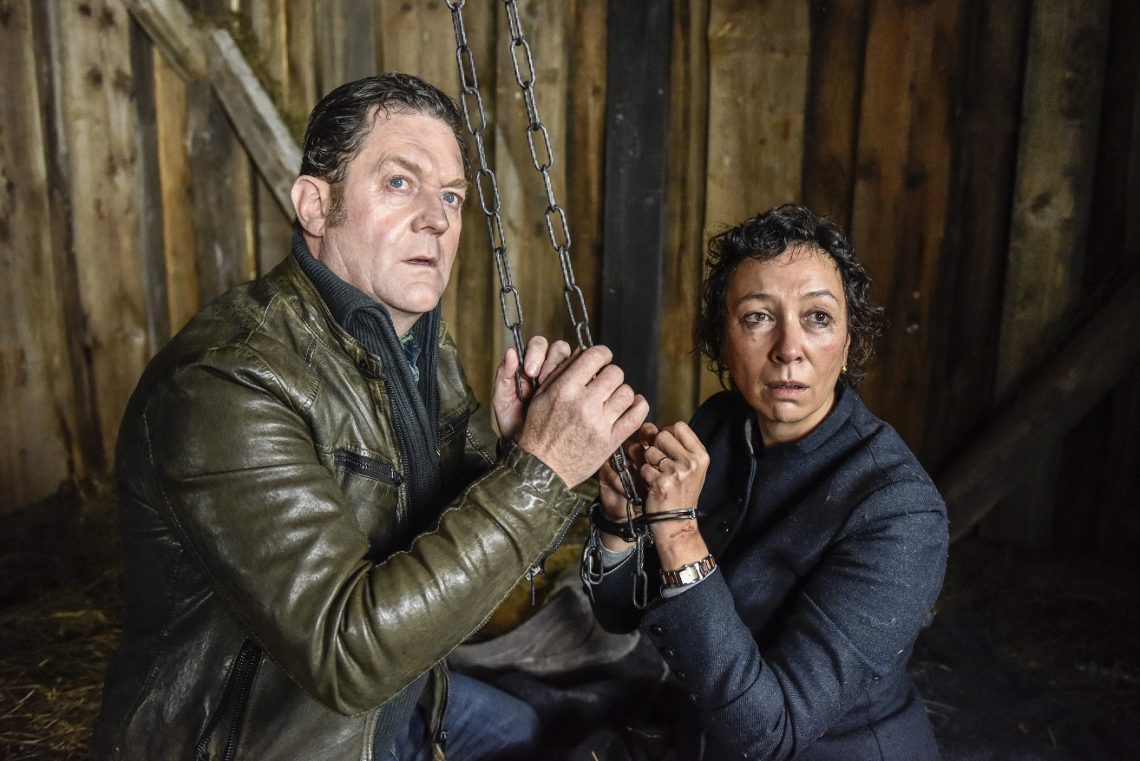 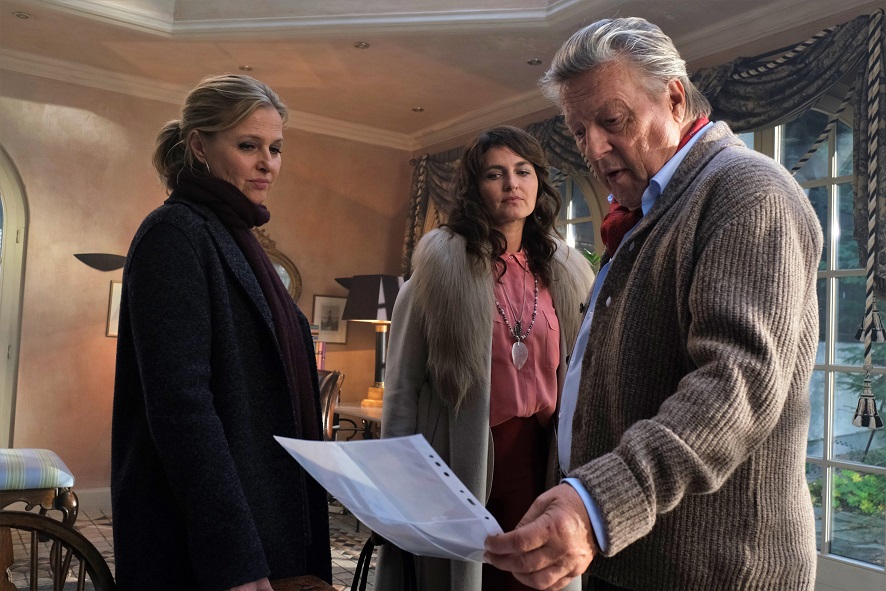 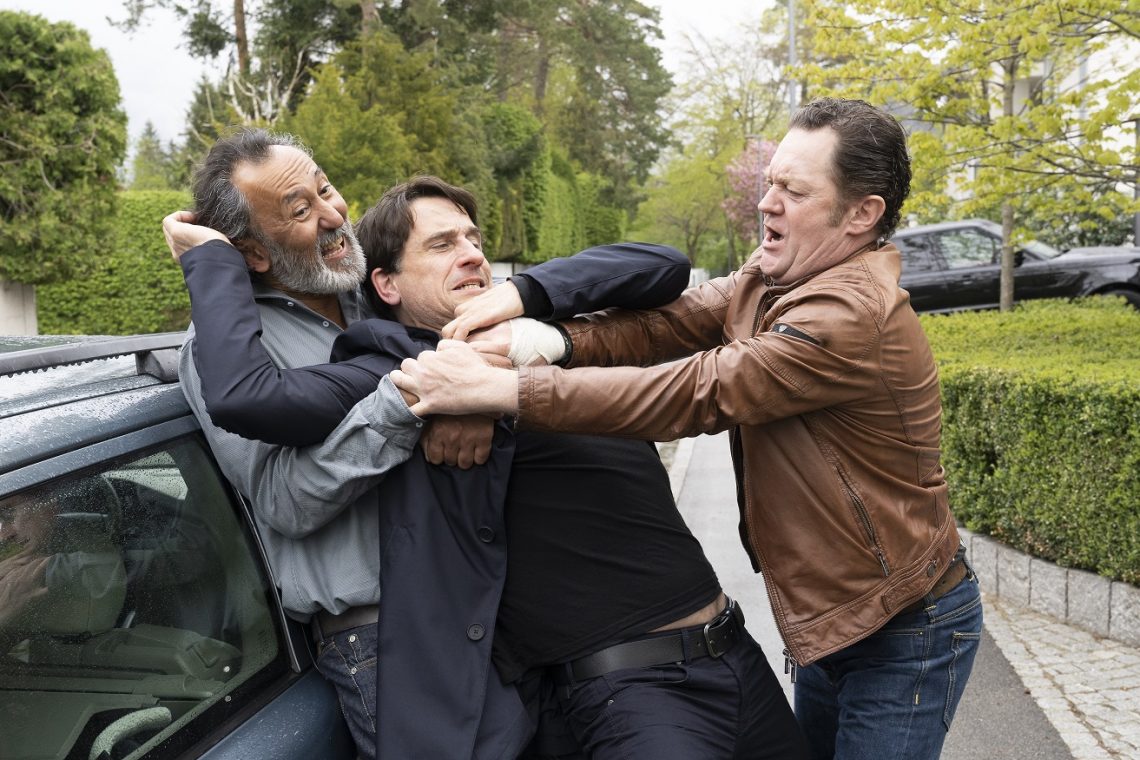 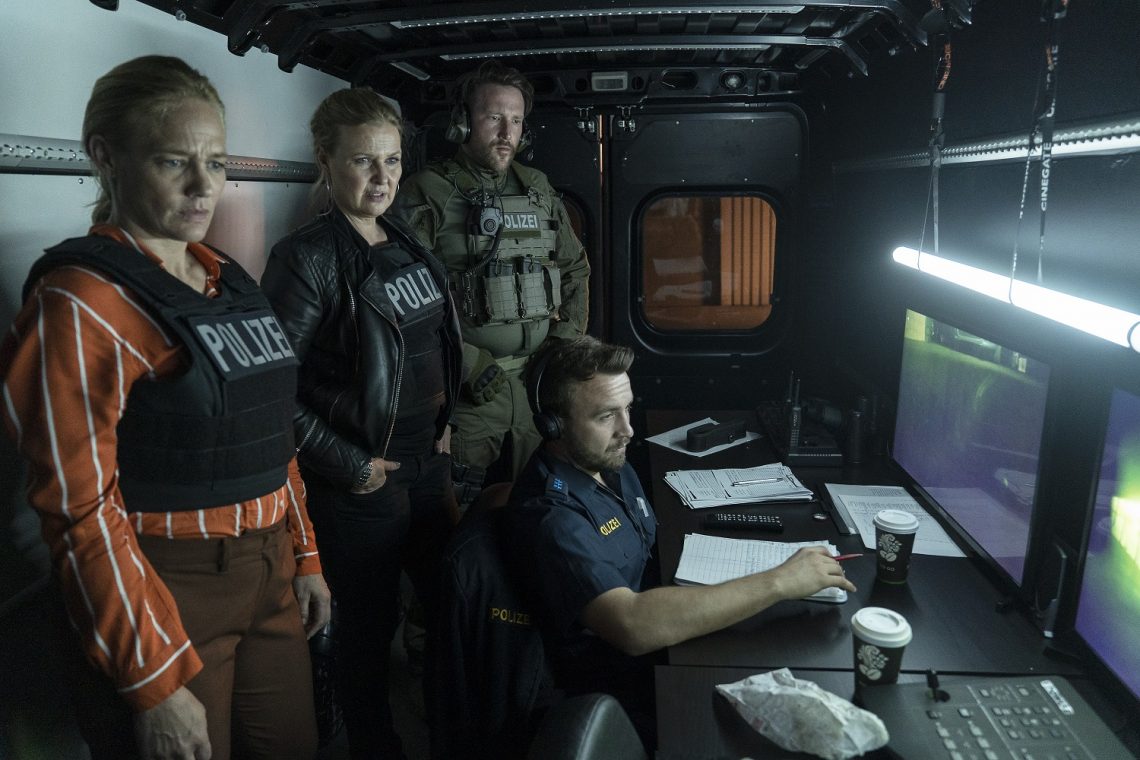 Even in 2020, Munich cannot do without its most capable female investigator, who makes the Bavarian metropolis a little safer every day.
Starting Oct. 16, 2020, Vera Lanz (Katharina Böhm) and her team (Jürgen Tonkel as Paul Böhmer and Christoph Schechinger as Maximilian Murnau) will dive into the most diverse Munich milieus to solve new explosive cases in 10 new episodes every Friday at 8:15 p.m. on ZDF. In the process, the three commissioners are not only challenged professionally, but also reach their private limits… . We can be curious.

The individual episodes:
Nachtgestalten (Friday 16.October 2020, 20.15 clock)
Written by: Peter Kocyla, directed by: Florian Kern
When Wolfgang Ackermann (Oliver Mommsen) comes home at night, his wife is already dead. The evidence points to a burglary resulting in death: had Diana Ackermann surprised her killer? Ackermann’s teenage children, Sophie (Valerie Stoll) and her brother Marlon (Matti Schmidt-Schaller), who has been seriously ill with leukemia for years, are shaken when they return home from a clandestine move through Munich’s clubs. Was it Marlon’s precious medication the thief was after? Paul Böhmer (Jürgen Tonkel) flexes his red-light contacts: who was the hottest contact on the scene right now for the deal of the narcotic fentanyl? Would the dealer automatically be Diana Ackermann’s killer?

Guilt (Friday, Oct. 23, 2020, 8:15 p.m.)
Written by Peter Kocyla, directed by Michael Schneider
A female corpse is found on the banks of the Isar River. Wet, barefoot, dressed only in a thin white dress and an injury to the head.
The investigation reveals that the young woman, Jana Spengler (Josephine Bloeb), had only recently been released from a psychiatric clinic where she was being treated for borderline personality disorder and was just starting to build a new life with her daughter. Vera Lanz (Katharina Böhm) and her team learn that Jana had an affair during her stay at the clinic. Her ex-boyfriend Marco Rossi (Johannes Franke) is suspected of having killed her out of jealousy. But he is said to have been DJing in a nightclub at the time of the crime – in front of hundreds of witnesses.

Goliath (Friday, 06.11.2020, 8.15 p.m.)
Written by: Florian Iwersen, directed by: Ulrike Hamacher
Dr. Inge Rüders (Tatja Seibt) is attacked and knocked down at night in Munich’s forensic medicine department. Only the next morning she is found seriously injured. Does the assault have anything to do with the case of the unknown corpse that Dr. Rüders was working on at the time? The dead man can be identified as Claus Liebhardt, a former tax consultant who is wanted for the kidnapping of his son.

Goliath (Friday, 06.11.2020, 20.15)
Written by: Florian Iwersen, directed by: Ulrike Hamacher
Dr. Inge Rüders (Tatja Seibt) is attacked and knocked down at night in Munich’s forensic medicine department. Only the next morning she is found seriously injured. Does the assault have anything to do with the case of the unknown corpse that Dr. Rüders was working on at the time? The dead man can be identified as Claus Liebhardt, a former tax consultant who is wanted for the kidnapping of his son.
However, there is no trace of the two-year-old. A race against time begins, leading Vera Lanz (Katharina Böhm) to the Italian Mafia and dubious real estate deals. But how are real estate deals and child abduction connected?

Healthy Bavaria (Friday, 13.11.2020, 8.15 p.m.)
Written by: Axel Hildebrand, directed by: Florian Kern
Vera Lanz (Katharina Böhm) investigates the case of the murdered food chemist Dr. Simon Beck. He worked for the traditional Munich company Hax’n Haber. The investigators find out that Beck had an appointment with an unknown woman named Hanna shortly before his death. At the same time, a secret business dinner of the Hax’n Haber company took place at the agreed meeting place. Moritz Haber (Manuel Ruby), the owner of the food manufacturer, denies having anything to do with the murder of his employee. But what is the meaning of the mysterious formulas that the police found on the dead man’s encrypted computer?

Gambled Away (Friday, Nov. 20, 2020, 8:15 p.m.)
Written by Peter Kocyla, directed by Grzegorz Muskala
The kidnapping of Dawid Thalberg did not seem to have gone as planned. The victim dies of a heart attack before the ransom could be paid. The owner of a betting office, Tobias Kreutzmann falls under suspicion. But he has disappeared without a trace. And neither his brother Carlos (Vincent Redetzki) nor his business partner Jasmin Beck (Linda Marlen Runge) know where the suspect is.
When Tobias Kreutzmann is found shot dead and another suspect has an airtight alibi, Vera Lanz (Katharina Böhm) and her team are at a dead end. Will they succeed in solving the case?

Kaltblütig (Friday, Nov. 27, 2020, 8:15 p.m.)
Written by: Olaf Kraemer, Axel Hildebrand, directed by: Florian Kern
Vera Lanz (Katharina Böhm) and her team are called to an idyllic forest in the Munich countryside. Here, 17-year-old rider Brit Stadler (Carolina Hoffmann) has been shot during a horseback ride. Her friend Rieke Berger (Greta Bohacek), who had accompanied her, has disappeared. Has she been kidnapped by the shooter? The trail leads to a nearby horse farm where the two girls spent their free time. While Böhmer (Jürgen Tonkel) focuses his suspicions on the former groom Uwe Roberts (Lars Rudolph), Rieke’s mother Heike Berger (Isabell Gerschke) receives a ransom note on her cell phone. 400,000€ or Rieke must die. Can Vera Lanz find the kidnapped girl before it’s too late?

Wetten dass…? (Friday, 04.12.2020, 20.15)
Written by: Axel Hildebrand, directed by: Ulrike Hamacher
Vera Lanz (Katharina Böhm) and her team must delve into the sports betting milieu when the body of private investigator Otto Wasner is found in a café toilet. The dead man had last been investigating suspected betting fraud on behalf of a major sports betting provider. Did he stumble upon something for which he had to pay with his life? Vera (Katharina Böhm) and Murnau (Christoph Schechinger) take a closer look at the successful cyclist Ebru Nuwas (Canan Samadi). Another lead takes Böhmer (Jürgen Tonkel) to an old acquaintance, sauna club owner Eberhard Kaminski (Oliver Stritzel).

Geschwister (Friday, Dec. 11, 2020, 8:15 p.m.)
Written by: Timo Berndt, directed by: Grzegorz Muskala
The funeral is the last chance for Paul Böhmer (Jürgen Tonkel) to say goodbye to his father – when his sister Hanna (Ursula Strauss) is kidnapped by an unknown person. Hanna Böhmer’s kidnappers demand 250,000 euros from her father’s estate. The fact that Hans Böhmer had so much money is new to Paul and is not to remain the only surprise in this case. In old Böhmer’s car repair shop, the investigators find evidence that he repaired stolen classic cars. And what was the wealthy Henriette Pfitzner (Almut Zilcher), against whom Vera has already unsuccessfully investigated once, doing at his funeral? Does she play a role in the kidnapping?

Hanged (Friday, tba, 8:15 p.m.)
Written by Florian Iwersen, directed by Grzegorz Muskala
Seventeen-year-old student Jonathan Fest (Florian Schmid) is found dead in a forest near Munich. He was presumably stabbed to death. He spent the evening before his murder with his classmate Pia (Tabea Willemsen), tutoring her. But why does a witness claim that he saw Jonathan arguing with someone in a completely different place at that time? Little by little, Vera Lanz (Katharina Böhm) and her team find out that the dead man was not the model student everyone thought he was. But who had a motive to murder him?

Cure (Friday tba, 8:15 p.m.)
Written by Peter Kocyla, Etienne Heimann, directed by Grzegorz Muskala
The perpetrator wanted to be sure. He fired several shots in the open street at the renowned internist Dr. Joachim Schober (Hans B. Goetzfried), which hit me fatally. The doctor’s young companion manages to escape. For Vera Lanz (Katharina Böhm) and her team, the clues at the crime scene are thin. A witness can only vaguely describe the man who fled. No one saw anything in the adjacent apartment building either. And yet there is a connection to Schober in this house. Psychotherapist Janneke Blumberg (Sophie von Kessel) regularly treats his patients in her practice. Was Schober’s unknown companion a patient of Blumberg’s? The therapist does not recognize the young man from a sketch. Can Vera believe her? And must the inspector look for Schober’s murderer among his patients?