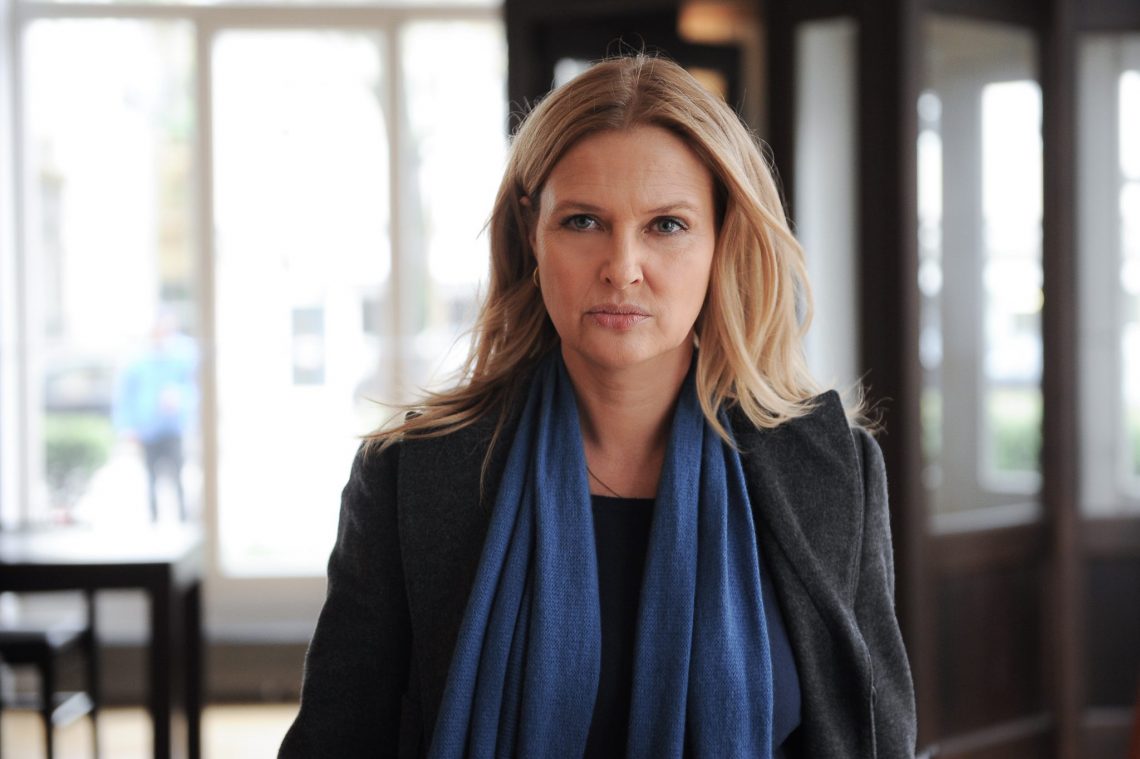 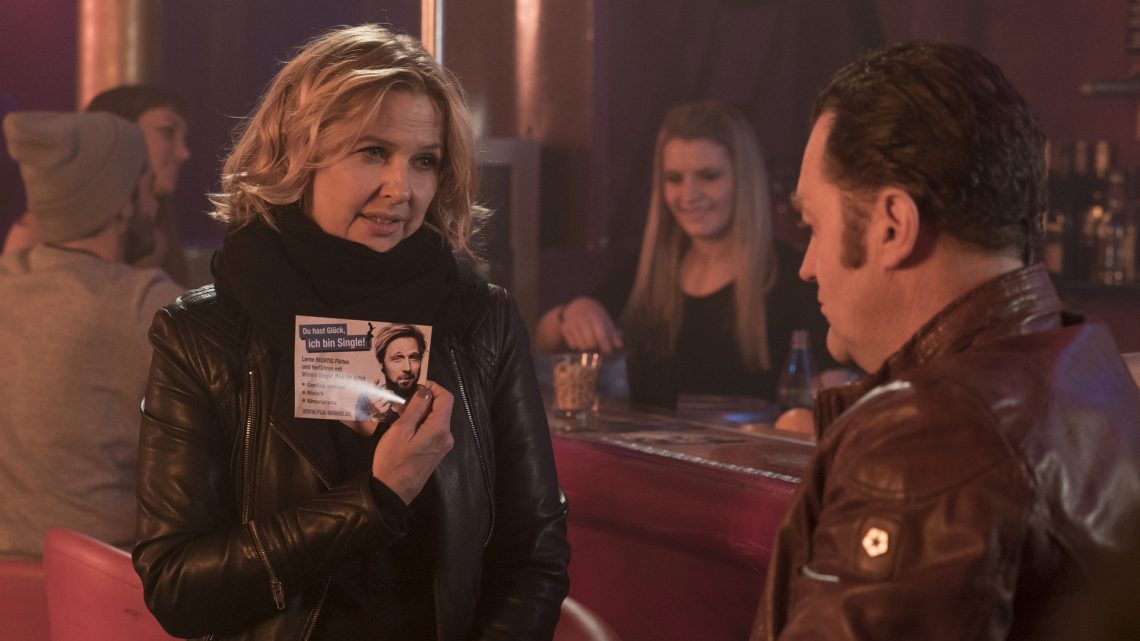 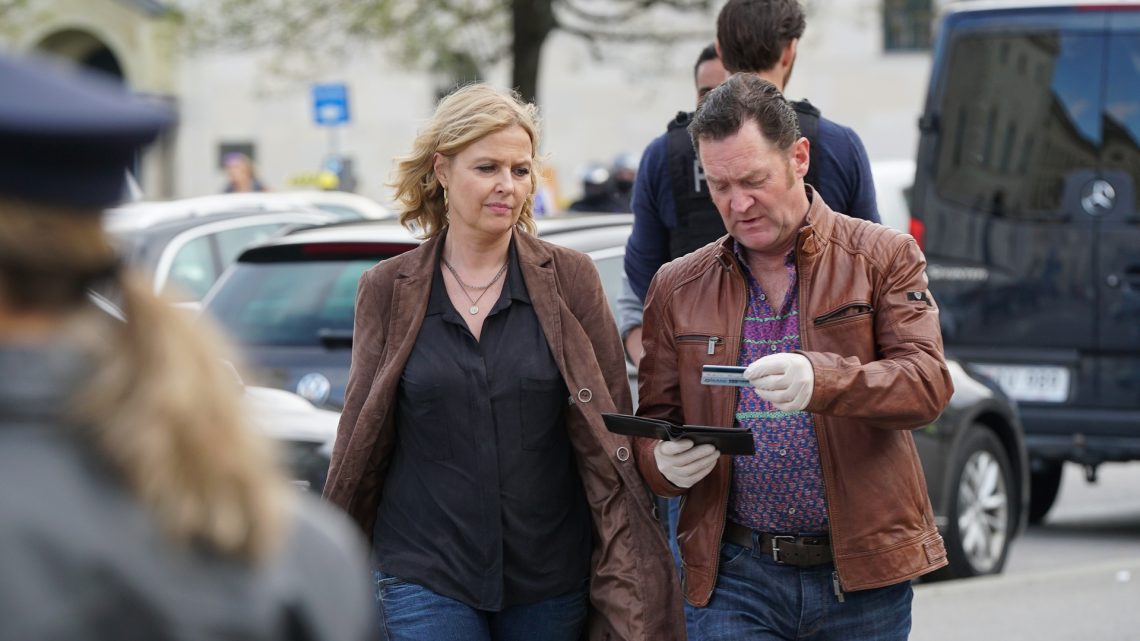 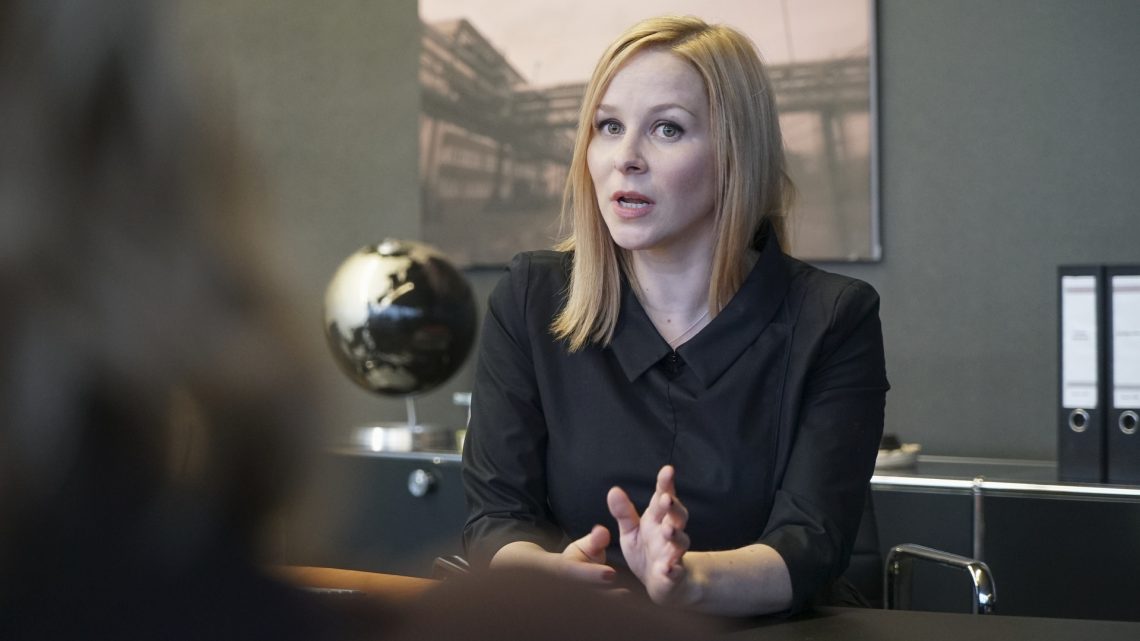 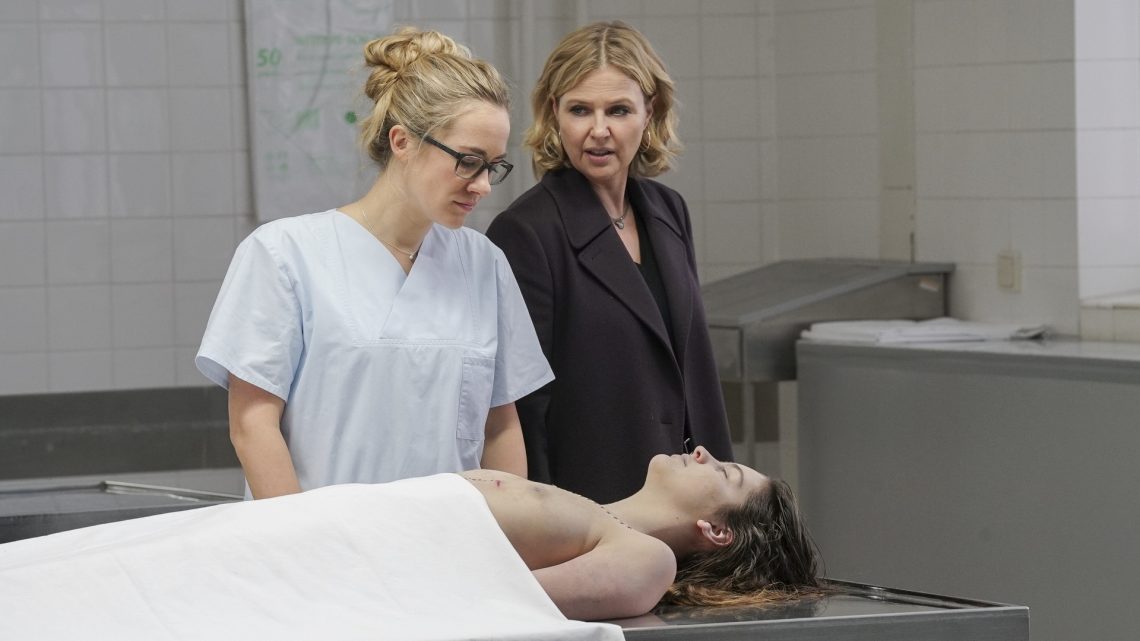 “Mating Season” (Friday, September 15, 2017, 8:15 p.m.).
A female murder like in the police textbook: young Jana Richards is drugged, raped and murdered near the bar “100 degrees”. Her alleged boyfriend Dirk Hagens seems shaken – until it turns out that he has been stalking the young woman. When, in the course of the investigation, Jana Richards turns out to be a one-night-stand queen who finds her lovers via the dating app “Love’n’Go”, the circle of possible perpetrators widens. Is the murderer perhaps behind the app pseudonym “Mr. Wrong”? While Vera is questioning the head of the Munich software startup, Lina Hevengard, the forensic department’s findings bring movement into the case. Jana Richards was not the first victim in this context. Are Vera and her team dealing with a serial offender?

“Faith, Love, Hope” (Friday, September 22, 2017, 8:15 p.m.).
A young girl is hit head-on by a car on the street at night. A tragic accident? Traces of strangulation make Vera see the accident in a different light. Who could have tried to kill Johanna? Vera encounters a strictly religious Puritan home with the girl’s family, which takes the breath away. Johanna’s tormentor could be to be sought in the immediate family circle. Or does the neighboring youth camp for delinquent youth play a role? When Vera gains the trust of Johanna’s little sister, she learns the secrets of the dead.

“Black Sheep” (Friday, September 29, 2017, 8:15 p.m.).
Frederik Bürger and her team his wife tied up and traumatized. A crime pattern that seems familiar to Vera: years ago, another victim was killed under similar conditions. At that time, there was a suspect: Markus Gärtner, who had a criminal record. Gärtner could not be proven guilty of the crime. His accomplice remained missing. Did Gärtner strike again? For Paul Böhmer, this is not a question, but a fact. Böhmer seems to be right when Gärtner meets the dealer Sven Kuhn. Kuhn’s DNA is found at the crime scene in Bürger’s house – which is also identical to samples from the old case.

“Zieh Dich aus” (Friday, October 6, 2017, 8:15 p.m.).
Hagen Kowalski is pushed out of the car in front of the emergency room. An unknown woman flees the scene. Has the officer of the economic department possibly not survived a sexual adventure? Vera Lanz’s investigation quickly comes to a different conclusion: weeks ago, the suspected perpetrator, Lea Bartels, had traveled to Munich to meet her Internet love Phillip Kessler. The inspector finds the girl – with Phillip’s body. Lea was lured to Munich by him and held and raped there by unknown persons. Is Vera Lanz on the trail of a human trafficking operation that reaches into the highest circles of Munich politics?

“Endgame” (Friday, October 13, 2017, 8:15 p.m.)
Content: 150 kg of seized cocaine are to be burned. Police routine. Then three unknown persons open fire on the officers and the routine turns into chaos. But the attempted robbery goes wrong. One of the perpetrators is shot dead, two disappear without a trace – almost: the traces of blood recovered at the crime scene reveal a match: one of the perpetrators was Mario Fechter, former undercover cop. Did Fechter switch sides and therefore pay with his life? Trumpeter doubts Mario Fechter’s death. Was he even the mastermind? Vera gives Trompeter the green light to investigate in this direction, while Böhmer goes on the trail of the drugs.

The new episodes are directed by Michi Riebl and Florian Kern from scripts by Axel Hildebrand, Florian Iwersen and Peter Kocyla.