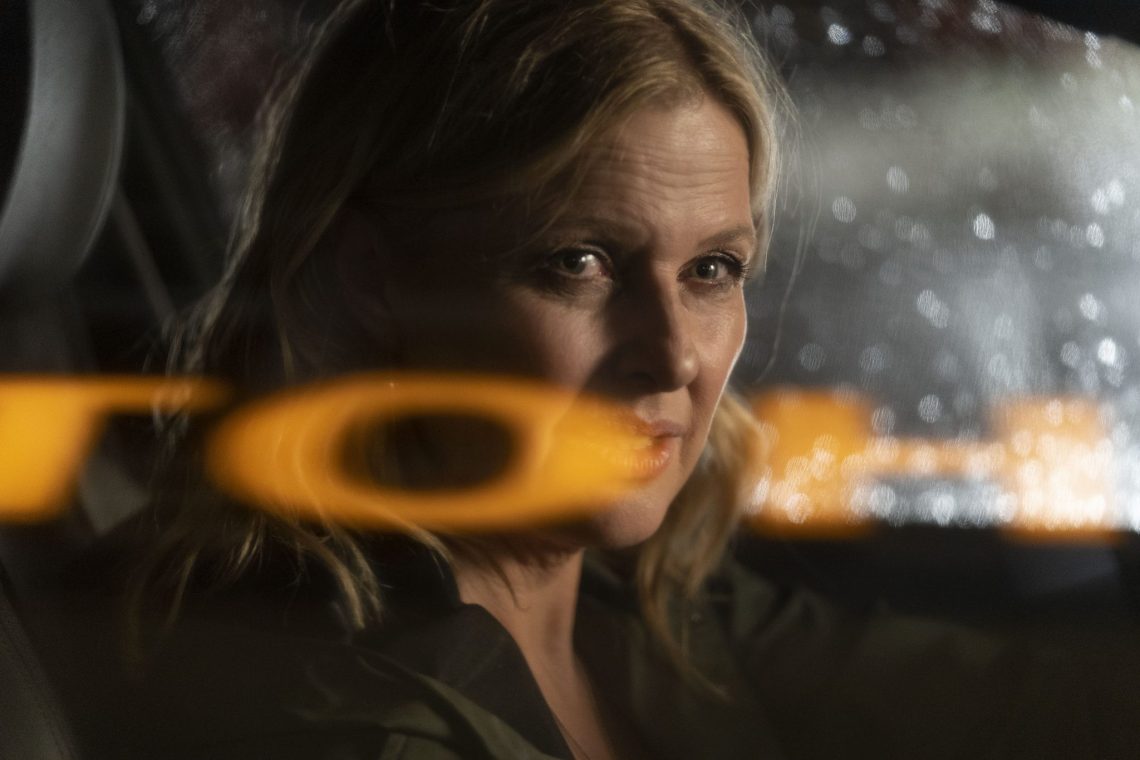 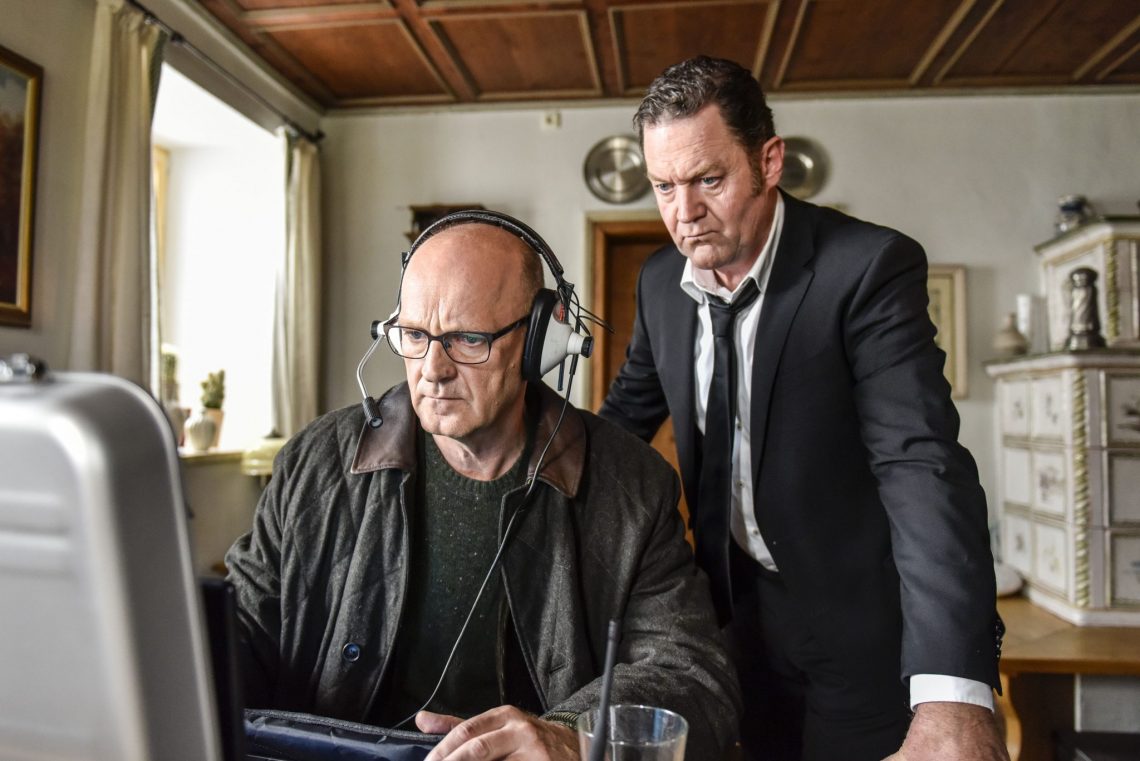 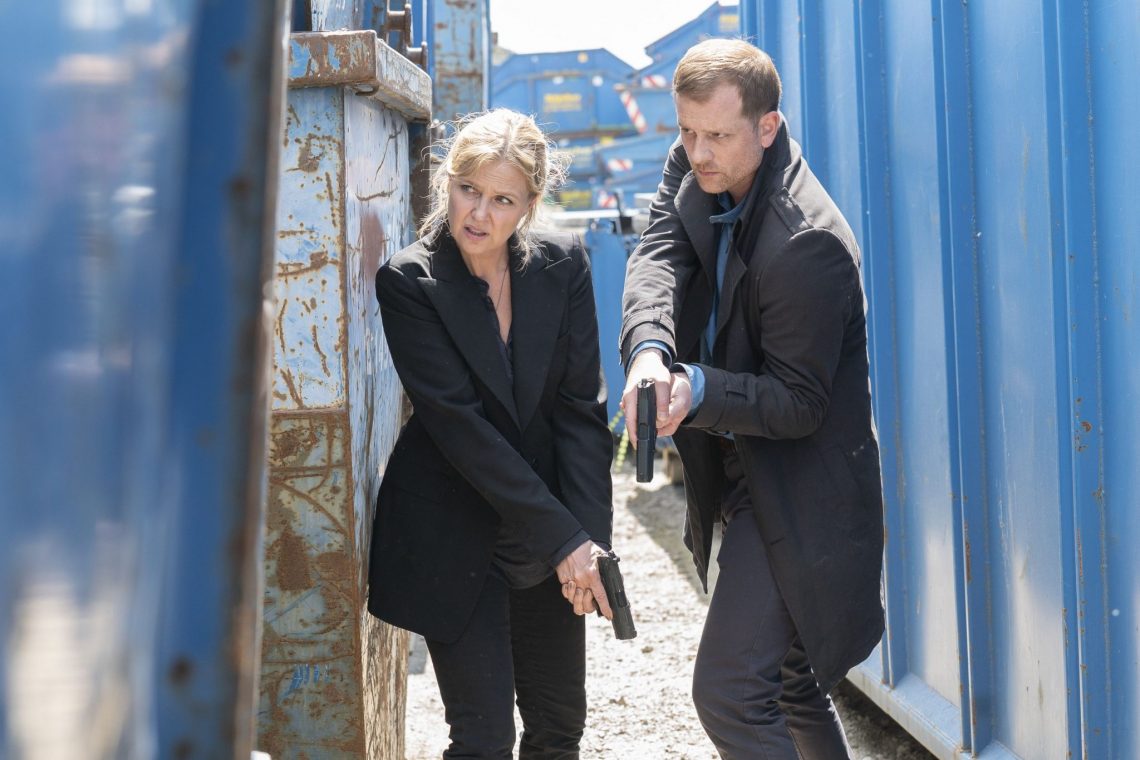 From August 23, 2019, ZDF will show the new season of DIE CHEFIN with Katharina Böhm as Vera Lanz.  It starts with the 50th case of the series “Justitias Pimp”.

“Justitia’s Pimp” (Friday, August 23, 2019, 8:15 p.m.).
Author: Axel Hildebrand, Director: Florian Kern
Vera learns of a dead body in a children’s home. It is a suspected child abductor, shot by a security guard. When her colleague Murnau finds the nameplate “Aaron Fechter” on a room door, the case becomes very personal for Vera: Aaron is the son of the deceased Mario Fechter, who had kept Vera and her team on tenterhooks for a long time. Now Aaron has disappeared. Based on police records, the slain kidnapper can be identified as Ramon Bertram, a known criminal with an equally criminal brother named Toni. When Murnau finds the escaped boy in front of the house of Fechter’s ex-colleague Egon Fiedler, he is able to prevent another kidnapping attempt just in time. Did Toni Bertram try to kidnap the boy this time? And what role does Aaron’s guardian, business lawyer Christiane Kliemann, play? Egon Fiedler claims not to know what the Bertram brothers want from Fechter’s son. But suddenly he provides a crucial clue.

“Greed” (Friday, August 30, 2019, 8:15 p.m.).
Authored by Andreas Kanonenberg and directed by Florian Kern.
Who is interested in kidnapping packer Maik Grasser after his shift at mail-order giant Kaysando ends? Even more so with force of arms and a human collateral damage? Vera Lanz and her team get closer to this question when it turns out that Maik Grasser’s real name is Kay Weber and he is the CEO of the successful company. As Maik Grasser, he wanted to go undercover to get a picture of his company’s base. Even before the first ransom demand of one million euros is received by the co-managing director Sandra Marquardt and the head of the IT department Harald Kutka, a patrol finds Weber tied up in a wooden hut, but unharmed. Shortly thereafter, however, another ransom note arrives by email. This time the blackmailer wants two million. Otherwise, he would publish the cell phone video attached to the mail. The clip shows Weber getting into the pants of a bar employee at an intimate company party. Bad publicity that the CEO can’t use just before the IPO. While searching for a motive for the kidnapping and blackmail, investigators come across the company’s former third co-founder, Dominik Haas. Did Haas want to take revenge for his expulsion and reorganize himself financially? Since Weber apparently likes to handle his own affairs and would prefer to keep the police out of it, Vera orders undercover personal protection – which pays off sooner than expected. Weber meets his blackmailer at the clubhouse of FSV Moosach to hand over the money. Before Vera and her team can intervene, the handover is disrupted by an unknown man with a gun. Are the police officers dealing with two competing perpetrators?

“Decoy” (Friday, Sept. 13, 2019, 8:15 p.m.)
Written by Florian Iwersen and directed by Florian Schott.
On a campsite at the newly planned district Isarquartier, the former architecture student Charlotte Liebig is brutally murdered. While inspector Paul Böhmer assumes a robbery and focuses on the fugitive homeless Markus “Bomme” Feisen as a suspect, Vera investigates the surroundings of the dead woman. This leads her to a chocolate shop where the student worked and to a nearby hotel. There, Liebig seems to have met with a lover. Since the construction of the new district is important not only for the city of Munich, but also for Liebig’s former architecture professor Matthias Schönauer, Vera and her colleague Maximilian Murnau also take a closer look at him. But no one at the hotel can remember Schönauer. And what does Vera’s old friend Felix Amstätter, who as a city councilor is involved in the new building project, have to do with the case?
When “Bomme” is arrested, blood and the DNA of the dead are found on his clothes. But Vera does not rely on the circumstantial evidence found. When “Bomme” makes a confession and the chief detective nevertheless continues to investigate, prosecutor Hartmann takes her off the case. Vera risks everything to solve the case and gets into mortal danger.

“Stranger Son” (Friday, Sept. 20, 2019, 8:15 p.m.)
Author: Peter Kocyla, Director: Florian Kern
“Butcher” – a scribbled writing next to the corpse of pediatrician Dr. Dirk Lehmann. At the crime scene, the KTU finds traces of one man, as well as the fingerprint of another. The DNA match in the police register leads to Christian Probst – with a criminal record, a drug addict and childless. Probst adamantly denies the crime and he has an alibi. Vera Lanz suspects that Probst is lying. The search for the owner of the unknown fingerprint leads the investigators via Probst’s cell phone data to Alexander Kant, a former prison buddy of Probst who is known to the police. Maximilian Murnau’s research into Lehmann’s patient files does not remain without results either: the Melnyk couple had filed a complaint against Lehmann with the medical association. The doctor had underestimated an illness of their daughter Natalia, which had led to the child’s deafness. When Nazar Melnyk evades police questioning and kidnaps his daughter, he becomes an urgent suspect. But his alibi is also credibly watertight.
When Lehmann’s widow calls the police because of a nocturnal disturbance in front of her door, Inspector Paul Böhmer cannot believe his eyes: it is Probst who is rioting there. When the inspector arrives at the police station with the suspect, everyone involved is in for a big surprise.

“Schöner Schein” (Friday, September 27, 2019, 8:15 p.m.)
Author: Axel Hildebrand, Director: Florian Schott
A luxury apartment and a provocative young model at the window: washed-up photographer Carlo Ramsauer can hardly believe his luck. These are just the photos he needs to put a little money in his empty household coffers. But then he observes how the young woman is murdered. Carlo informs his old friend Inspector Paul Böhmer. When he arrives at the apartment complex a short time later, it is already too late for Mira Lehmann. She is lying dead in the elevator, dressed only in her underwear. While Murnau asks around at the modeling agency, Vera and Böhmer turn to the owner of the apartment, the soccer manager Leon Meyerling. He claims to have been alone in his house on Lake Starnberg during the time of the crime. However, some of his business friends had access to his city apartment. Neither agent Eva Bernhardt nor Mira’s best friend Sarah, who also works as a model, know with whom the young woman wanted to meet on the evening of her murder. Meanwhile, Böhmer learns from Carlo that he was not at the apartment at the time of the crime by chance: someone had tipped him off that “something hot” was about to happen in Meyerling’s apartment. Vera and her team eventually discover a connection between the dubious soccer manager and the modeling agency: the dead woman can be seen in press photos with Meyerling’s highly trafficked newcomer Roman Bekri.