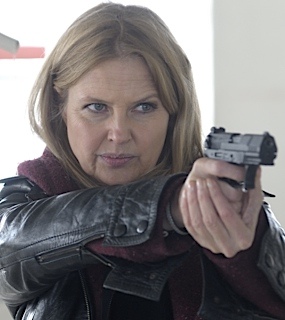 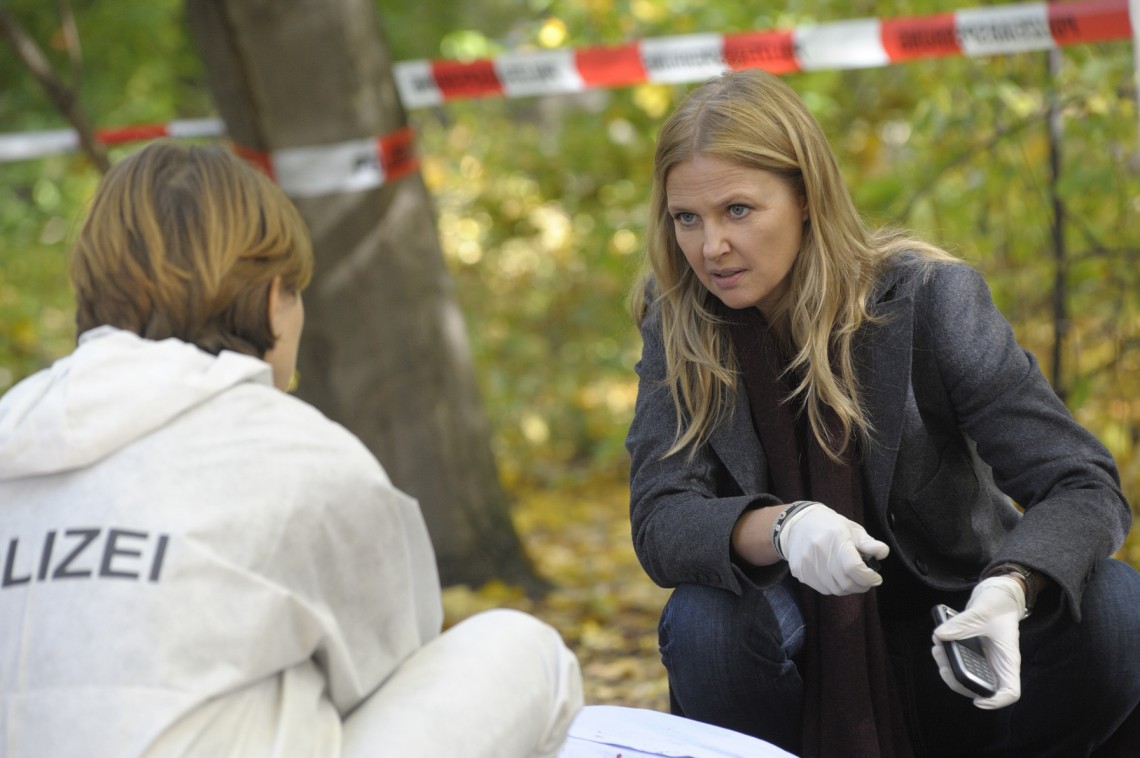 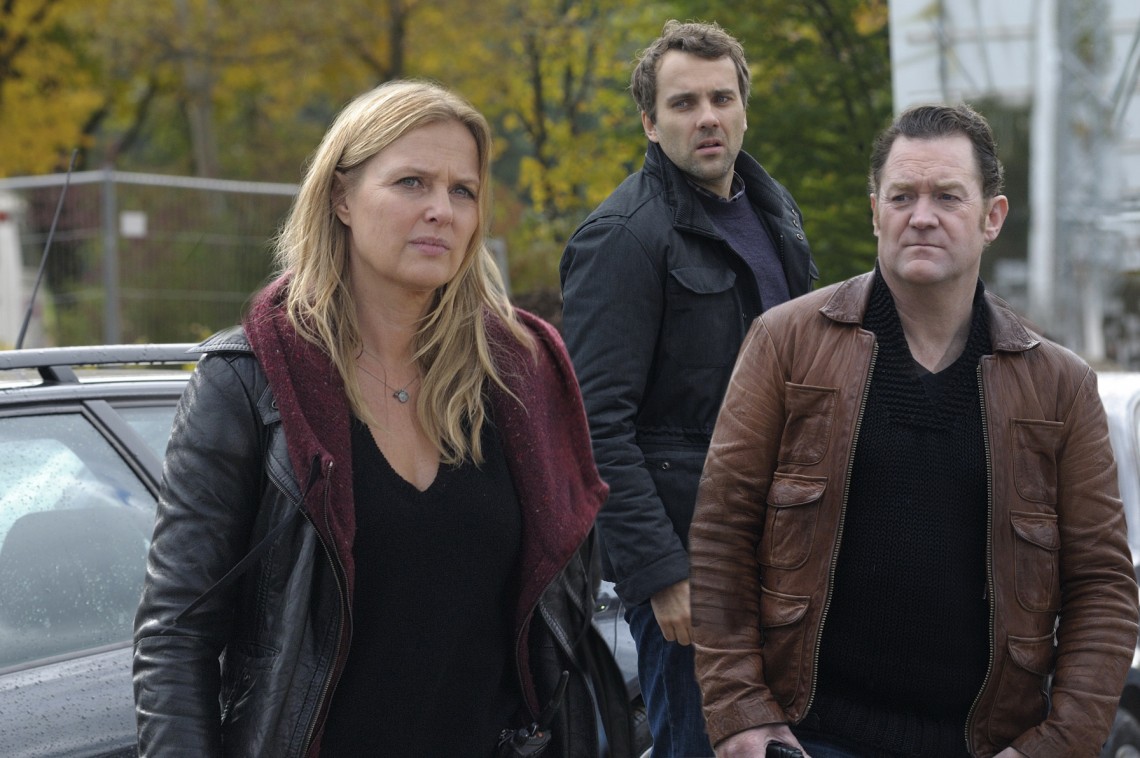 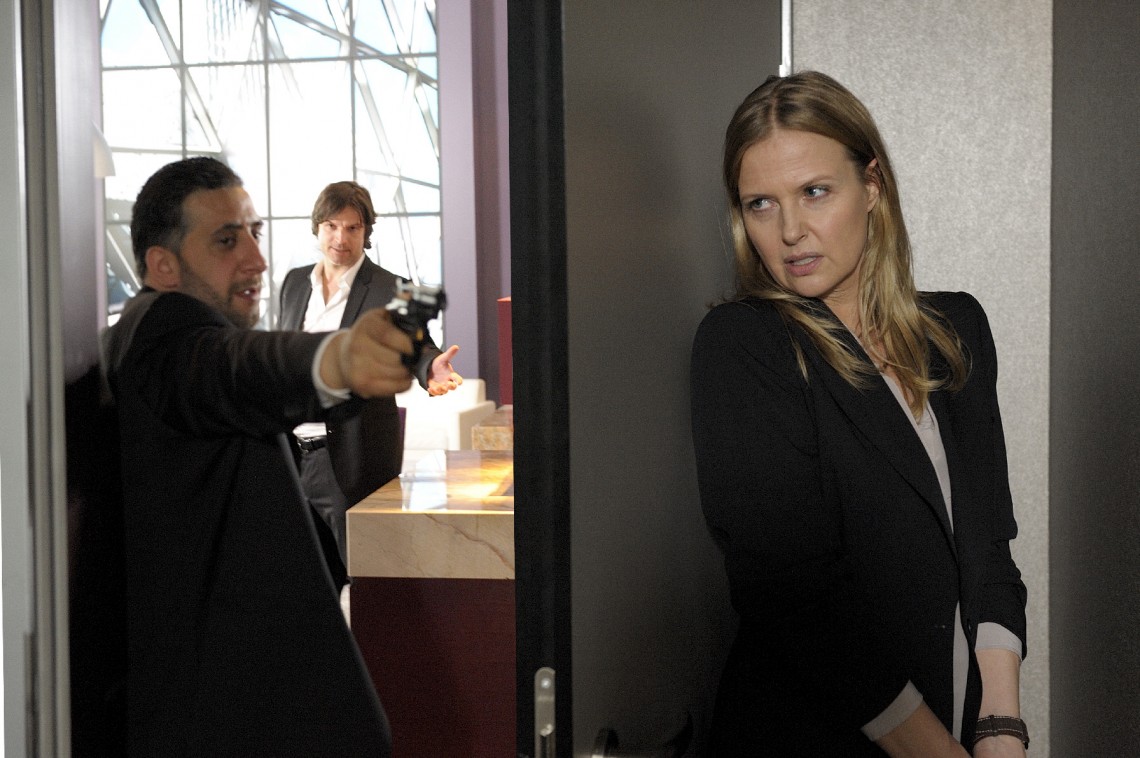 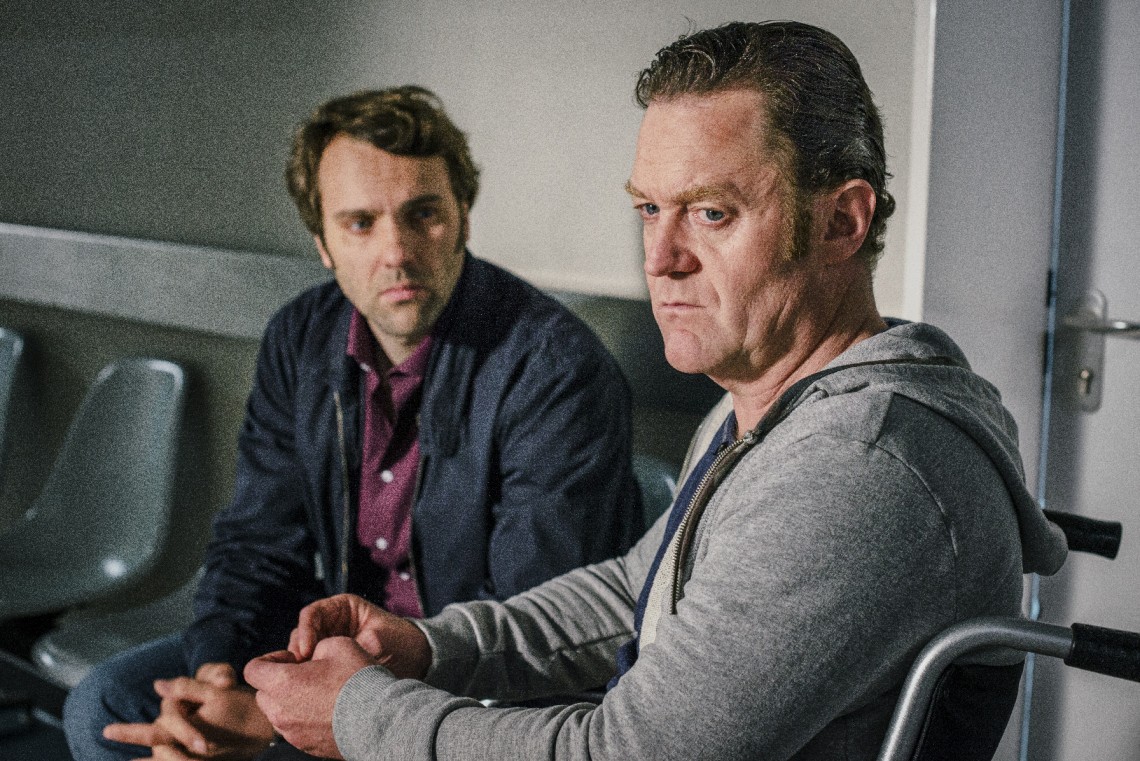 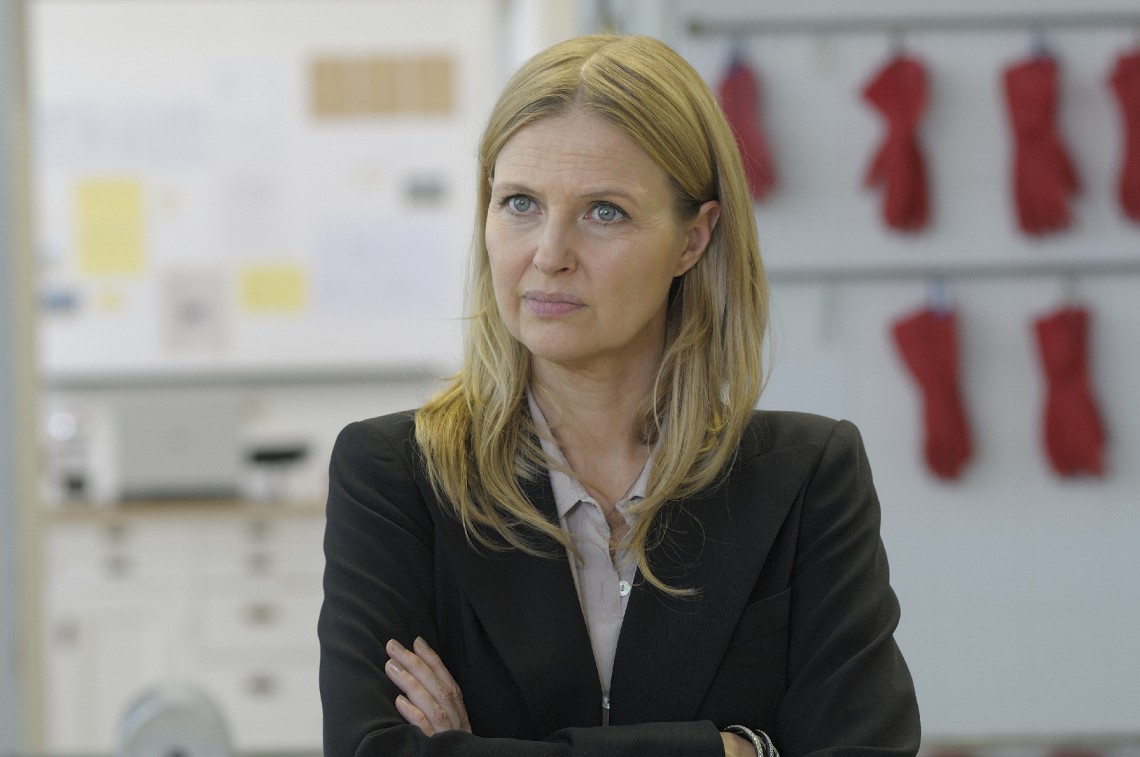 09/05/2014: “Ambush”
(Written by: Timo Berndt, directed by: Michael Schneider)
Robbery-murder in Munich’s local traffic. For Vera Lanz and her colleagues Trompeter and Böhmer it seems to be an uncomplicated case. Based on a video recording, Paul Böhmer is able to perfectly identify the fugitive perpetrator with a stolen briefcase. But when Böhmer and Jan Trompeter visit his apartment, the dimension of the crime changes abruptly. Ex-pimp Till Sammer is sitting tied up in his kitchen, threatened by an unknown man. In a dramatic shootout, Trompeter shoots the attacker in self-defense. Surprisingly, the dead man’s car is registered to an old acquaintance: Stefan Hartig. For years, Vera Lanz has been trying to prove the slick businessman’s shady dealings – so far without success. The recovered suitcase holds another surprise: Two million euros in cash.
Vera Lanz confronts Stefan Hartig with the money. Is he being blackmailed? The investigators quickly agree that it must be a kidnapping in Hartig’s environment. But who is the kidnapped person? To the astonishment of her colleagues, Vera decides to cooperate with the entrepreneur and hopes for decisive information to nail Hartig for good.

September 12, 2014: “Retribution”
(Written by Florian Iwersen and directed by Michael Schneider).
Vera Lanz is brutally beaten down by two junkies. At first it looks like a robbery, in which Vera’s gun is also stolen. But then it turns out that Vera’s service weapon was used in an assassination attempt against Heinrich Meindl, a seemingly harmless pensioner – even before the attack on the chief inspector. What is the connection between the “boss” and Meindl? Vera has to be suspended from duty, although no one believes she was involved in the crime. When an old connection between Meindl and Vera’s father-in-law and ex-cop Georg Lanz finally comes to light, the question seems to be answered and the suspicion of murder against Georg is justified. Suddenly, a dark secret emerges in Meindl’s past that turns the case around 180 degrees.

September 19, 2014: “Death of a Teacher”
(Written by Axel Hildebrand and directed by Michael Schneider).
The murder of teacher Bruno Lohmann leads Vera Lanz and her team to a Munich high school. There, the detectives learn that Lohmann was not exactly a popular teacher – neither with the students nor with his colleagues and parents. The investigators are confronted with ongoing Abitur exams, which put the students under extreme pressure to perform. The investigation focuses on Julian Schröder, who has already been caught cheating, and Peter Behnke, who was first on the scene. His father, Jürgen, is determined to prevent his son from being questioned. Finally, it turns out that the secretary and mother of the student Vanessa Willski had an affair with Lohmann.
How far does the parents’ love go, or what is possibly triggered by the pressure of the education system? And what were the students willing to do to pass the important exams?

September 26, 2014: “Payday”
(Written by Christoph Wortberg, directed by Züli Aladag).
Brewery owner Ernst Kolbe is found dead in his house. His body was discovered by realtor Sabine Brand and Mr. and Mrs. Schabinsky, interested buyers for Kolbe’s house. Investigators find it curious that Kolbe had the house secured by a considerable amount of locks shortly before. During the questioning of Kolbe’s daughter Julia, inconsistencies arise that cause Vera to doubt Ernst Kolbe’s given identity. In addition, the victim’s own brewery was close to insolvency. Unlike her father, Julia Kolbe wanted to sell the business to businessman Max Freisinger, who had a not inconsiderable interest in the brewery’s property. When Vera finally uncovers connections of Ernst Kolbe to the BND and even to the Schabinsky couple, Die Chefin and her team are suddenly confronted with the political past of their murder victim.

In episode roles are Wilfried Hochholdinger, Oliver Stokowski, Bernhard Schir, Charlotte Schwab, Jochen Nickel, Rudolf Kowalski, Katharina Lorenz and many others. The first three episodes were directed by Michael Schneider from scripts by Timo Berndt, Florian Iwersen and Axel Hildebrand. The fourth episode was directed by Züli Aladag based on the book by Christoph Wortberg.
“Die Chefin” is produced by Network Movie, Cologne, on behalf of ZDF.
Producer: Wolfgang Cimera, Producer: 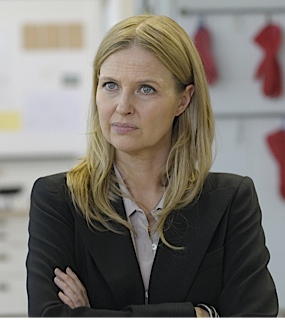 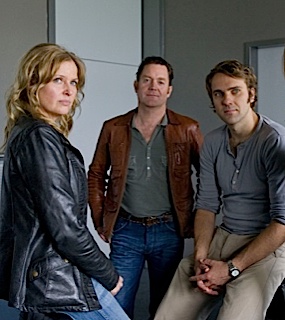